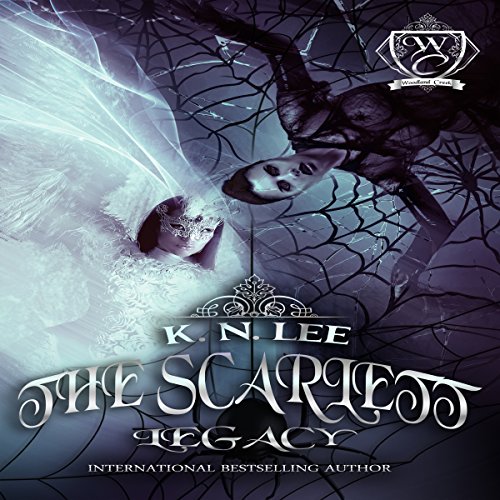 Welcome to Woodland Creek, where one family of wizards gives new meaning to organized crime. Evie Scarlett is a shy college student. She also happens to be a wizard. She wanted two things: marry Parker Drake and leave Woodland Creek and her crazy family of wizards behind. But when Hugh Prince, a dangerous crime boss, is mysteriously murdered while awaiting trial for her father's murder, all eyes turn to the Scarlett family.

The arrival of Hugh's youngest son, Avalon, brings a century-old feud to a dangerous climax. From the old world of magic, this vengeful wizard is more powerful than anyone in her family and gives Evie's older brother a choice: die or give Evie to him. When Evie's plans for escape are broken by familial duty, she must find a way to protect those she loves and win back her freedom. What she finds is an ancient power that she never knew she had...and an unmistakable attraction to the man who threatens to ruin everything good in her life.