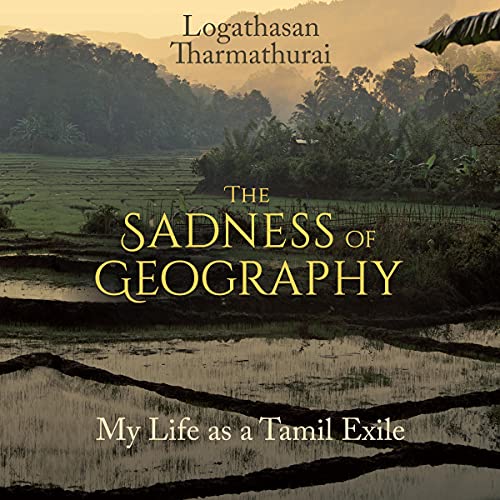 The Sadness of Geography

The harrowing journey of a teenage refugee who never gave up on his dream of seeing his family again.

Born to a wealthy family in northern Sri Lanka, Logathasan Tharmathurai and his family lost everything during the long and brutal Sri Lankan Civil War.

In January 1985, at the age of 18, he left his home in a desperate bid to build a new life for himself and his family abroad after a deeply traumatic encounter with a group of Sinhalese soldiers. As his terrifying and often astonishing journey unfolds, he finds himself in a refugee camp, being smuggled across international borders, living with drug dealers, and imprisoned.

The Sadness of Geography is a moving story of innocence lost, the persecution of an entire people, and the universal quest for a better life.