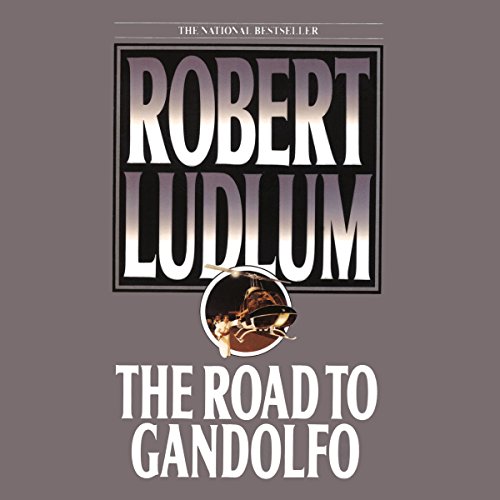 The Road to Gandolfo

In this wickedly funny novel, Robert Ludlum combines the explosive pacing of The Bourne Identity and The Bourne Supremacy with a bitingly witty send-up of everything from government bureaucrats and pandering military men to the mob, the law, and organized religion.

War hero and infamous ladies’ man General MacKenzie Hawkins is a living legend. His life story has even been sold to Hollywood. But now he stands accused of defacing a historic monument in China’s Forbidden City. Under house arrest in Peking, with a case against him pending in Washington, it looks like the end of Mac’s illustrious career.

But he has a plan of his own - and it includes kidnapping the Pope. What’s the ransom? Just one American dollar - for every Catholic in the world. Add to the mix a slew of shady “investors”; Hawkins’ four persuasive, well-endowed ex-wives; and a young lawyer and fellow soldier who wants nothing more than to return to private life - and you’ve got one relentlessly irreverent page-turner.

I've read the hardcopy some years ago and I've "lost" it, so when I had the chance, I got this here. The narrator did a great job and brought the book back again to me. Thank you all for that