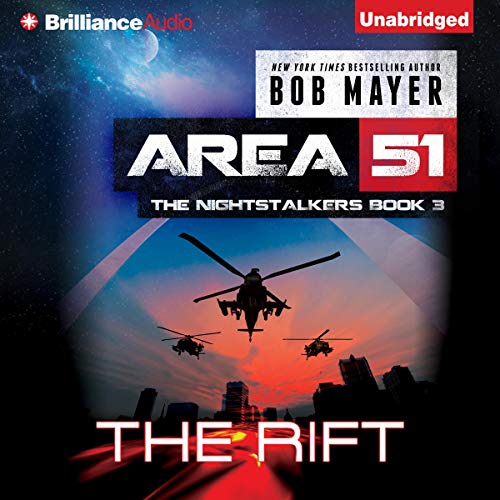 Book 3 in the Nightstalkers series.

Ever since the first Rift opened in Area 51 in 1947, exposing the world to deadly beings of pure energy, only the Nightstalkers have stood between humanity and complete annihilation. But as the decades have gone by, whatever power controls the Rifts seems to be getting smarter, as if refining an ultimate plan… An old ally alerts the Nightstalkers to a resurgence of Rifts in Tennessee, near one of the team’s first major skirmishes with the seemingly inexhaustible threat. Though still licking their wounds from their latest mission, the Nightstalkers know there’s no one else remotely prepared to battle these intrusions into our world. And this time, they’re intent on closing down the Rifts once and for all. But to do so, they’ll have to finally face the truth behind the Rifts’ origins.

They say that those who forget the past are doomed to repeat it.

But what if the past has already doomed us all?

The Rift is the explosive next episode that started with Nightstalkers and The Book of Truths from New York Times bestselling author Bob Mayer.