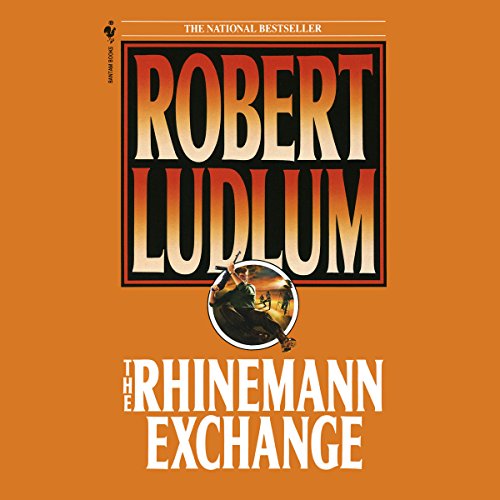 Autumn 1943. Global espionage elite converge on Buenos Aires. Intense, high-level covert negotiations will soon bear dangerous fruit with the aid of expatriate German industrialist Erich Rhinemann. American agent David Spaulding will be there. His top-secret mission can bring the war to an explosive end. But what happens here in this city of assassins, double crosses, and erotic encounters is to be the most sinister and terrifying deal ever made between two nations at war. Quickly, the game changes, truths darken, hidden secrets emerge. And suddenly Spaulding is the man in between, the man furiously struggling for his sanity, the woman he loves, and his very life... the only man who can save the world from the horrible truth of The Rhinemann Exchange.

"A superb plot filled with exciting chases, double crosses, secret codes, and beautiful women....A picture of the beastliness underlying the espionage world, a world of brilliance without scruples, brutality without restraint." ( Chicago Tribune)