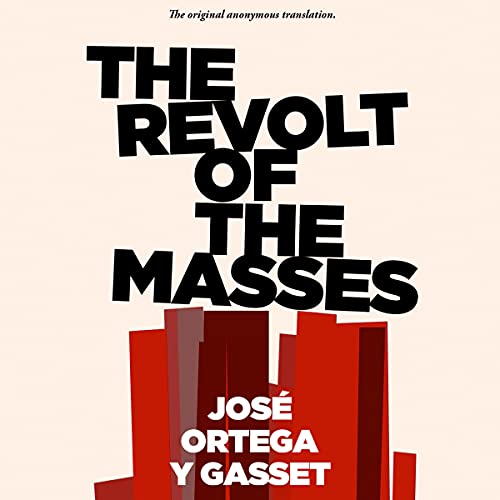 The Revolt of the Masses

First published as articles in El Sol in 1929, the essays in The Revolt of the Masses serve as a prescient analysis of a 20th-century creature - the "mass man" - and the mass society that he makes up. With strains of Jamesian pragmatism and the sociology of Gustave Le Bon, Ortega shows how technological and political changes reduced Western civilization to the lowest common denominator and made it susceptible to the pressures of statism.

Though timely when it was first published, this book has grown to resonate in our own times of social media, pop culture influencers, and fake news. While Ortega wrote in a different age of cultural upheaval, we would do well to heed his cautionary wisdom in our own age.

Das sagen andere Hörer zu The Revolt of the Masses