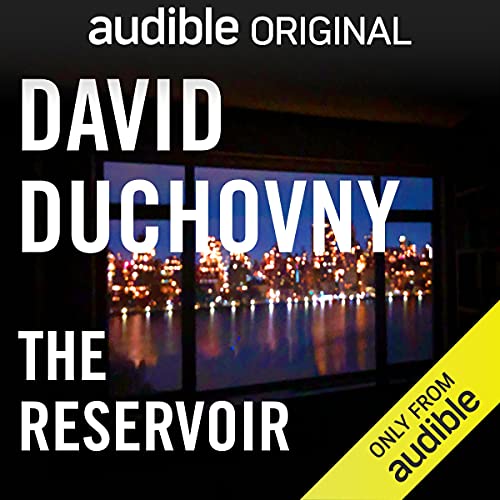 The Reservoir follows an unexceptional man in an exceptional time. We see our present-day pandemic world and New York City through the eyes of a former Wall Street veteran, Ridley, as he, in his enforced quarantined solitude, looks back upon his life. He examines his wins, his failures, the gnawing questions - his career, his divorce, his estranged daughter - and questions what it all means and who he really was.

Sitting and brooding night after night, gazing out his huge picture window high above the Central Park reservoir, Ridley spots a flashing light in an apartment across the park as if a lonely quarantined person is signaling him in Morse code. His determination to find out who this mystery woman is, this fellow quarantine damsel in distress trapped in her own Fifth Avenue tower, leads him on an epic quest that will ultimately tempt him with either delusional madness or the fulfillment of his own mythic fate. Is he a dying man going mad or an Everyman metamorphosing into a hero? Or both? We accompany Ridley as he leaves the safety of his apartment window to save the Fifth Avenue femme fatale and descends into a dangerous, increasingly surreal world of the global conspiracies, madness, and sickness of this viral time; beyond that, into the enduring mysteries of love and fatherhood; and deeper still, into the bedrock mystery of life itself. As Ridley's actions grow more and more uncharacteristic, he realizes the key to all the mysteries of now and even all of history seem to lie deep beneath the freezing waters of the reservoir.

The Reservoir is a twisted rom-com for our distanced time when the merest touch could kill and conspiracy theories propagate like viruses - a present-day union of Death in Venice, Rear Window, and The Plague.