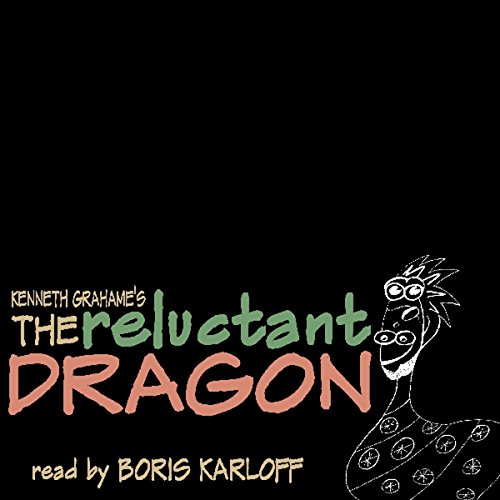 Kenneth Grahame's classic tale of a young boy who discovers an erudite, mushroom-loving dragon living in the Downs above his home.

The two become friends, but soon afterwards the dragon is discovered by the townsfolk, who send for St George to rid them of it. St George, by this time, is quite elderly and has little interest in slaying dragons, though he resolves to do it as it is his duty. The boy introduces St George to the dragon, and the two decide that it would be better for them not to fight.

Eventually, they decide to stage a fake joust between the two combatants. The dragon appears to have died, and the townsfolk rejoice (though not all of them, as some had placed bets on the dragon winning). St George then reveals that the dragon had not died, and assures the townsfolk that he is not dangerous. The dragon is then accepted by the people. Read by Boris Karloff.