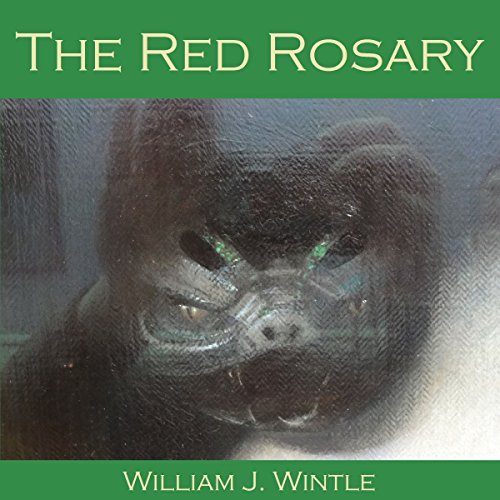 William James Wintle (1861-1920) was already an established writer before he became an Oblate for the Abbey of Caldey Island in Wales. It was there that he wrote his famous ghost stories, intended for the entertainment of eight boys who attended the abbey. In the forward of this collection, Wintle states that the stories were originally told on Sunday nights while "crouching over a wood fire on a wind-swept island off the Western shore".

'The Red Rosary' is the story of Dr. Wells, a collector of religious idols who commissions a traveller to steal an oriental rosary made of roughly cut rubies, emeralds, amethyst and jade. The rosary has a finely carved snake's head at the end of it, made of green jade.

Before the rosary can be delivered to Dr. Wells, the traveller who stole it for him has died in very peculiar circumstances. Once the package is delivered to its intented recipient, strange and sinister events begin to happen in Dr. Wells' life, too.