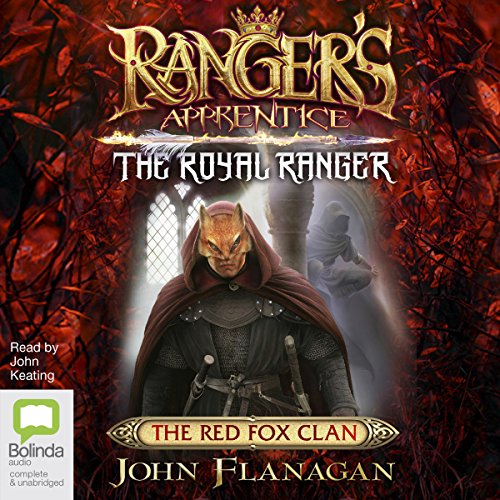 John Flanagan makes a spectacular return to the world of Ranger’s Apprentice with the revelation of a conspiracy that could end the Kingdom!

John Flanagan returns to the world of Ranger’s Apprentice to find out what happens when Will’s apprentice, Maddie - the Royal Ranger - returns home to Castle Araluen. The Kingdom may have been at peace for a number of years, but there are always those who would commit treason to take power for themselves. When Maddie learns of a plot against the crown, she must go undercover to find out more - and hopefully stop it. But going undercover isn’t easy when you’re the princess - even if you’re trained as a Ranger.

Following on from Ranger's Apprentice: The Royal Ranger is a second book of Maddie's adventures. Princess by day, Ranger's apprentice by night, Maddie must keep her identity secret at all costs, for the sake of the Kingdom.

must have must buy