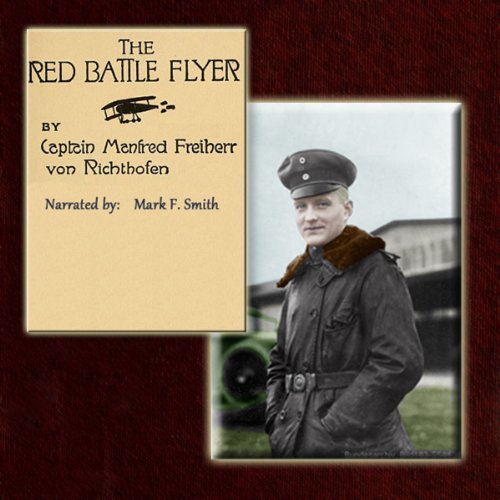 Manfred Freiherr von Richthofen made his name as the highest-scoring ace fighter pilot of WWI. His popular name, the Red Baron, owed to being of minor nobility (Freiherr = "free lord") and to choosing to fly a brightly-painted red aeroplane when camouflage colors were the norm. This advertisement to the enemy brought him frequent combats, so that he liked to claim that he shot down Englishmen before breakfast. When it seemed that he was being particularly sought by crack enemy pilots, the men of his command, Jasta 11, also painted their planes red - thus becoming Richthofen's Flying Circus.

Richthofen wrote this autobiography while on leave to recover from a serious head wound, and it was heavily edited by the propagandist corps of the Kaiser's government. The text was immediately translated into English, and C.G. Grey attempted, in his preface and notes, to sift Richthofen's recollections for useful tactical data that could be used by the English. The Red Baron had other nicknames as well. In his own country, the newspapers often called him "Der Rote Kampfflieger" - The Red Battle Flyer, hence the title of Richthofen's autobiography.