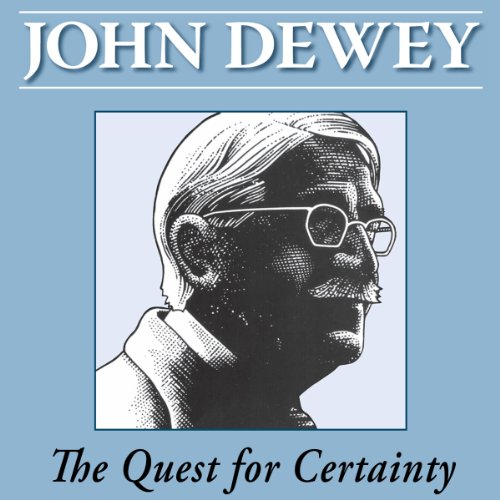 The Quest for Certainty by John Dewey

The Quest for Certainty by John Dewey

This volume provides an authoritative edition of Dewey's The Quest for Certainty: A Study of the Relation Between Knowledge and Action. The book is made up of the Gifford Lectures delivered April and May, 1929 at the University of Edinburgh. Writing to Sidney Hook, Dewey described this work as "a criticism of philosophy as attempting to attain theoretical certainty."

In the Philosophical Review, Max C. Otto later elaborated: "Mr. Dewey wanted, so far as lay in his power, to crumble into dust, once and for all, the chief fortress of the classic philosophical tradition."

The book is published by Southern Illinois University Press.