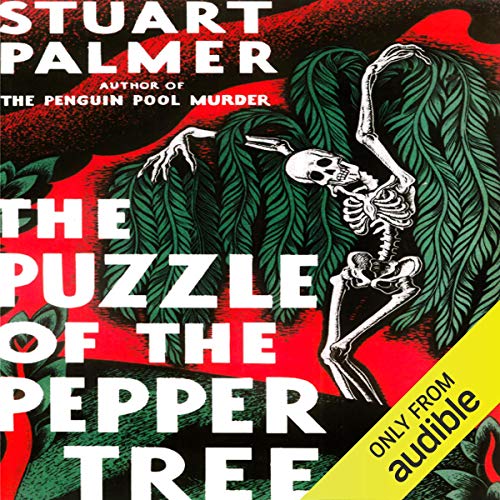 The Puzzle of the Pepper Tree

“I don’t want to die,” said the man in the brown suit, who was the last passenger to board the little airplane, but he did. The other passengers thought he was just airsick and the pilots of the Dragonfly assumed it was a heart attack, but when they landed on Catalina Island where Miss Hildegarde Withers was enjoying her first vacation in five years, they bowed to her insistence that the body be examined by the island doctor as well as the chief of police. And they eventually were forced to agree with her suggestion that the man might have been murdered - but how, in midair in plain view of eight other passengers? It turns out that Hildy’s old friend Inspector Oscar Piper has an interest in the case, as the dead man was scheduled to testify in a New York City graft investigation and it was worth $15,000 to someone to keep him from doing so. While she’s waiting for Oscar to show up, Hildy befriends the other passengers, particularly Phyllis La Fond, an aspiring actress with a taste for adventure, and together they go snooping around the island. With its colorful Southern California background and ingenious plot, it’s one of Hildy’s most enjoyable adventures.