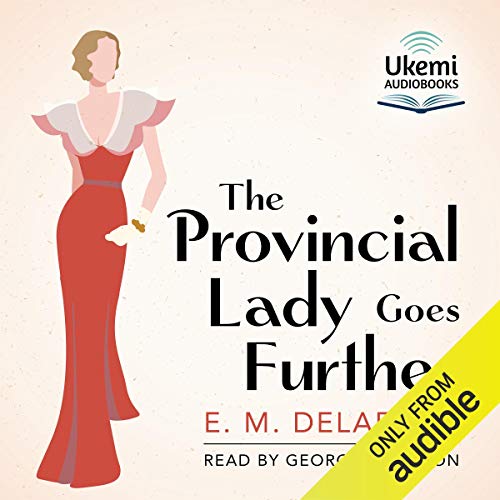 Our Provincial Lady has found herself, unexpectedly, with a literary success on her hands! She is suddenly 'somebody', both in her Devonshire environs and in London, where she establishes a bolthole - ostensibly so she could concentrate on the much-awaited sequel, but also so that she can enjoy the fruits of being a best-selling author!

In real life, this sequel was the first of many to come, as E. M. Delafield worked imaginatively to satisfy the public demand for antidotes to modernism - especially the hauteur of the Bloomsbury Set.

In art, The Provincial Lady Goes Further, using the same diary format, proves to be just as amusing (if not more so) as its predecessor, and full of pointed observations about her targets - in this case fashionable London of the 1930s (it was published in 1932).

Reader Georgina Sutton again delights in the tones of an upper-class lady, who, up from the country and immersed semi-willingly in artistic and fashionable environs, can't quite equate the posing, the outrageous dresses and equally outrageous behaviour with her eminently well-grounded sense of humour.