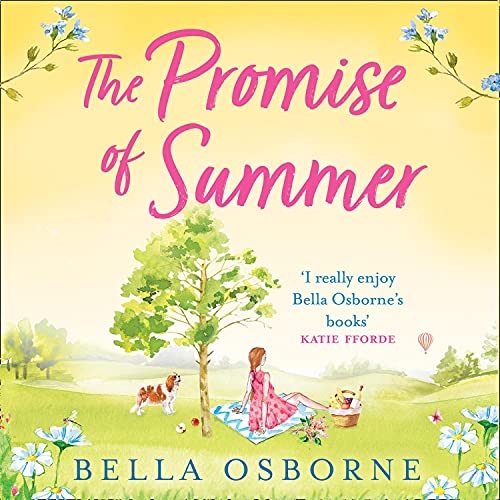 The Promise of Summer

The Promise of Summer was originally published as a four-part serial. This is the complete story in one package.

Ruby’s life is about to change for ever....

After years of dating losers, cheats and one guy who did something unrepeatable to her kettle, Ruby has all but given up on romance. But then a stranger sits next to her on a train to London and explains his plan to propose to the woman of his dreams. Maybe true love does exist after all?

When the man accidentally leaves the engagement ring behind, Ruby is determined to save the day. But she hasn't counted on fellow passenger Curtis stepping in and insisting he should be the one to track the stranger down.

As summer closes in, the unlikely pair make a promise to reunite the ring with its owner. But can they find their own happy-ever-after along the way?

The absolutely perfect summer read you’ve been waiting for! Fans of Cathy Bramley, Katie Fforde and Milly Johnson will be totally hooked!

"A page-turning summer sensation!" (Nicola May)

"This wonderful story will leave you with the warmest of glows and remind you of why we should all make the most of every minute." (Phillipa Ashley, author of A Perfect Cornish Escape)

"Sweet, charming and brimming with kindness and hope. An absolute tonic." (Milly Johnson, author of The Magnificent Mrs Mayhew)