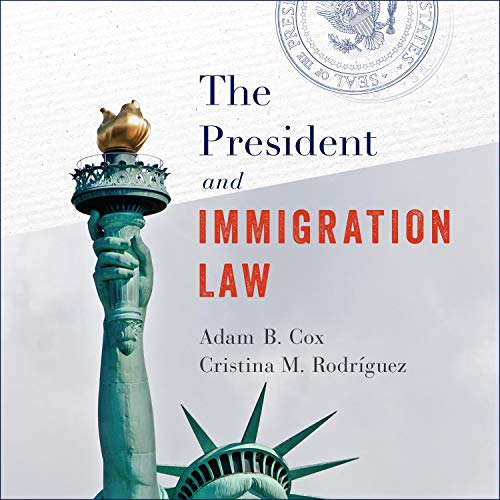 The President and Immigration Law

Who controls American immigration policy? The biggest immigration controversies of the last decade have all involved policies produced by the President - policies such as President Obama's decision to protect Dreamers from deportation and President Trump's proclamation banning immigrants from several majority-Muslim nations. While critics of these policies have been separated by a vast ideological chasm, their broadsides have embodied the same widely shared belief: that Congress, not the President, ought to dictate who may come to the United States and who will be forced to leave.

This belief is a myth. In The President and Immigration Law, Adam B. Cox and Cristina M. Rodriguez chronicle the untold story of how, over the course of two centuries, the President became our immigration policymaker-in-chief. Diving deep into the history of American immigration policy, from founding-era disputes over deporting sympathizers with France to contemporary debates about asylum-seekers at the Southern border, they show how migration crises, real or imagined, have empowered presidents. Far more importantly, they also uncover how the Executive's ordinary power to decide when to enforce the law, and against whom, has become an extraordinarily powerful vehicle for making immigration policy.