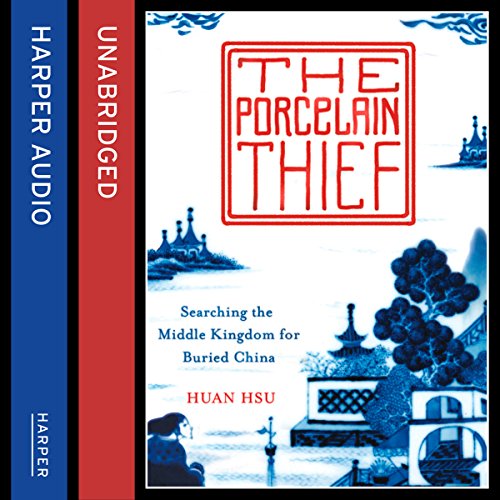 In 1938, with the Japanese army approaching from Nanking, Huan Hsu's great-great grandfather, Liu, and his five granddaughters were forced to flee their hometown on the banks of the Yangtze River. But before they left, a hole was dug as deep as a man and as wide as a bedroom, in which was stowed the family heirlooms.

Among their antique furniture, jade, and scrolls was Liu's prized porcelain collection, one he had amassed over many years and which contained priceless imperial items. The vault was fill to its brim before being covered with a false floor and replanted with vegetation. The family's flight across war-torn China and the arrival of the Communists would scatter them across the globe. Grandfather Liu's treasure became family myth from a time that no one wished to speak of - no one ever returned to find it.

Three years ago Huan Hsu moved back to China from the US. Armed with only the slightest threads of family memory, he set out to discover the truth. His investigations will take him through China's cultural past and present, of which porcelain is a unique linking thread. He will gather memories of the China of another age from elderly relatives, uncover the story of his family's flight from the Japanese, and confront the contradictions of contemporary China.

The Porcelain Thief will combine Hsu's fascinating record of his family history with accounts of great political and cultural changes and perhaps reveal, at last, the secret hiding place of his grandfather's porcelain.