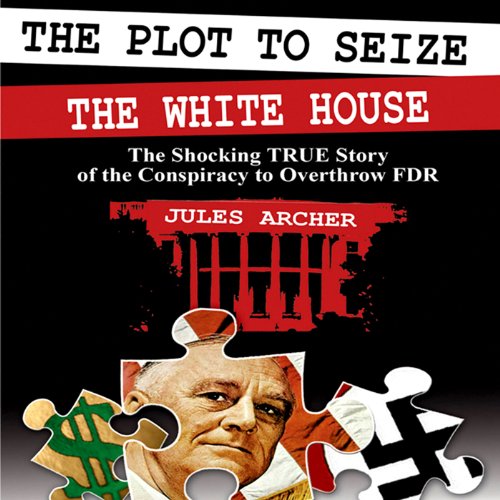 The Plot to Seize the Whitehouse

The Plot to Seize the Whitehouse

The Plot to Seize the White House tells the story of how, in 1933, a group of industrialists (including J. P. Morgan) working with the Ku Klux Klan and the American Liberty League, hatched a plan to take over the White House from President Franklin Roosevelt. Had they succeeded world history would have been completely changed.

With novelistic detail, Jules Archer shows how the plan included turning half a million disgruntled veterans into American versions of Nazi "brown shirts" and installing General Smedley Darlington Butler, Medal of Honor recipient, as the leader of a new Fascist government. Archer details Butler’s patriotic decision to reveal the plot to the news media and congress.

Most people will be shocked to learn that in 1933 a cabal of wealthy industrialists - in league with groups like the K.K.K. and the American Liberty League - planned to overthrow the U.S. government in a fascist coup. Their plan was to turn discontented veterans into American "brown shirts," depose F.D.R., and stop the New Deal. They clandestinely asked Medal of Honor recipient and Marine Major General Smedley Darlington Butler to become the first American Caesar. He, though, was a true patriot and revealed the plot to journalists and to Congress. In a time when a sitting President has invoked national security to circumvent constitutional checks and balances, this episode puts the spotlight on attacks upon our democracy and the individual courage needed to repel them.