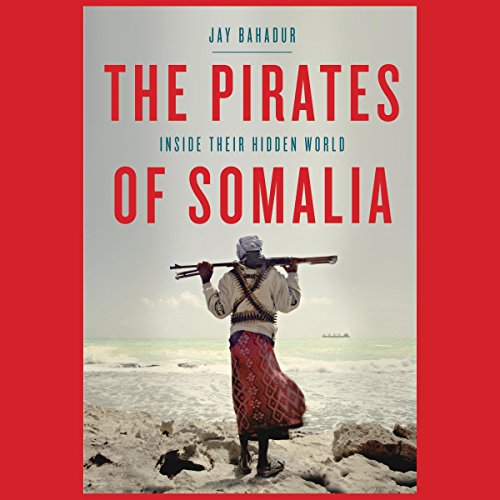 The Pirates of Somalia

Somalia, on the tip of the Horn of Africa, has been inhabited as far back as 9,000 B.C. Its history is as rich as the country is old. Caught up in a decades-long civil war, Somalia, along with Iraq and Afghanistan, has become one of the most dangerous countries in the world. Getting there from North America is a 45-hour, five-flight voyage through Frankfurt, Dubai, Djibouti, Bosaso (on the Gulf of Aden), and, finally, Galkayo. Somalia is a place where a government has been built out of anarchy.

For centuries, stories of pirates have captured imaginations around the world. The recent bands of daring, ragtag pirates off the coast of Somalia, hijacking multimillion-dollar tankers owned by international shipping conglomerates, have brought the scourge of piracy into the modern era.

The capture of the American-crewed cargo ship Maersk Alabama in April 2009, the first United States ship to be hijacked in almost two centuries, catapulted the Somali pirates onto prime-time news. Then, with the horrific killing by Somali pirates of four Americans, two of whom had built their dream yacht and were sailing around the world (“And now on to: Angkor Wat! And Burma!” they had written to friends), the United States Navy, Special Operation Forces, FBI, Justice Department, and the world’s military forces were put on notice: the Somali seas were now the most perilous in the world.

Jay Bahadur, a journalist who dared to make his way into the remote pirate havens of Africa’s easternmost country and spend months infiltrating their lives, gives us the first close-up look at the hidden world of the pirates of war-ravaged Somalia.

Bahadur’s riveting narrative exposé - the first ever - looks at who these men are, how they live, the forces that created piracy in Somalia, how the pirates spend the ransom money, how they deal with their hostages. Bahadur makes sense of the complex and fraught regional politics, the history of Somalia and the self-governing region of Puntland (an autonomous region in Northeast Somalia), and the various catastrophic occurrences that have shaped their pirate destinies. The audiobook looks at how the unrecognized mini-state of Puntland is dealing with the rise - and increasing sophistication - of piracy and how, through legal and military action, other nations, international shippers, the United Nations, and various international bodies are attempting to cope with the present danger and growing pirate crisis.

A revelation of a world at the epicenter of political and natural disaster.

"The inner workings of the world of Somali pirates are astutely explored by Bahadur. . . an engaging account, full of solid analysis. . . What’s especially impressive (aside from Bahadur’s sheer nerve in insinuating himself among these dangerous men in a lawless corner of the world) is the amassing of multiple perspectives—of pirates and policymakers—that support a rich, suspenseful account." ( Publishers Weekly)
"A rare inside look. . . a nicely crafted, revealing report." ( Kirkus Reviews)