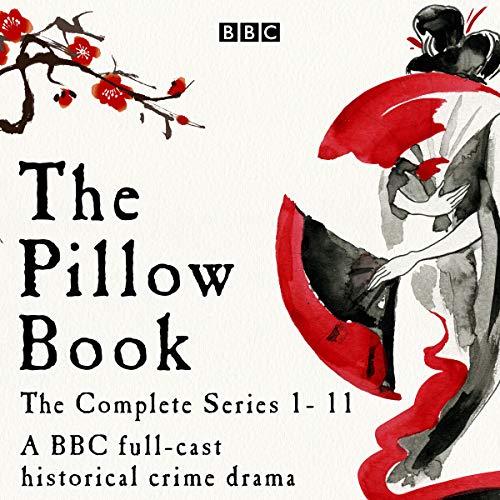 A thriller and love story set in 10th-century Japan.

Lady Shonagon is an imperial courtesan, living at the court of the Japanese Emperor in the 10th century. When a series of disturbing thefts within the palace walls throws the court into confusion and unrest, Shonagon is appointed guide and assistant to Lieutenant Yukinari as he investigates.

Together, Shonagon and Yukinari must solve the mysteries and escalating crimes that plague the Japanese court, and their romance blossoms in the tightly enclosed world behind the high palace walls. But soon Shonagon's lover Tadanobu becomes uncomfortable with how closely they are working together....

The Pillow Book is inspired by the writings of Sei Shonagon, a poet and lady-in-waiting to the empress of the 10th-century Japanese court. The work of the real-life Sei Shonagon consists of essays, lists, anecdotes, poems, and descriptive passages about her daily life.

This is an incredible production and story. I was transported to another place and time. I could see, feel, and smell the world through the eyes of a 10th-century Japanese lady at the imperial palace. The acting and music are fantastic! And you never know what will happen next in this maze of palace intrigue, romance, and adventure.

Very happy with my purchase