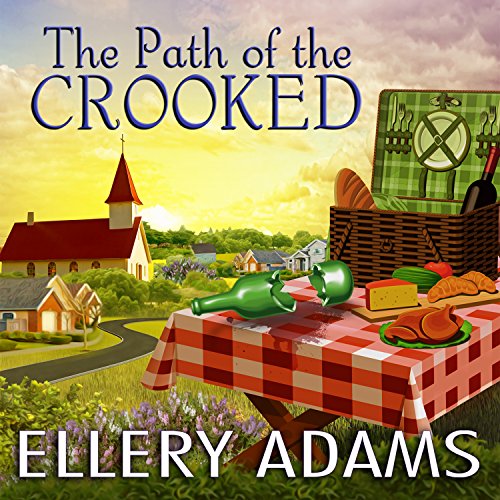 The Path of the Crooked

Cooper Lee is at a crossroads. Her boyfriend of five years just left her for another woman, she's living in an apartment above her parents' garage, and her job as a copier repairperson is feeling a little, well, repetitious. Hoping for a fresh start and a new outlook on life, she joins the Bible study group at Hope Street Church. The last thing she expects while studying the Bible is a lesson in murder.

When Brooke Hughes, the woman who first invited Cooper to Hope Street, is found murdered in her home, all signs point to her husband as the culprit. But Wesley Hughes was an elder at Hope Street Church, and the members of the Bible study are filled with disbelief that such a kind and loving man could take a life, much less his wife's. Unwilling to let an innocent man and friend be railroaded into prison, the Bible group decides to investigate on their own. As Cooper and this humorously diverse group of people - including a blind folk artist, a meteorologist with a taste for younger women, and a soft-spoken web designer who might be out to catch Cooper's eye - dig deeper into the clues, they're about to discover that finding the truth sometimes takes a leap of faith.

Das sagen andere Hörer zu The Path of the Crooked