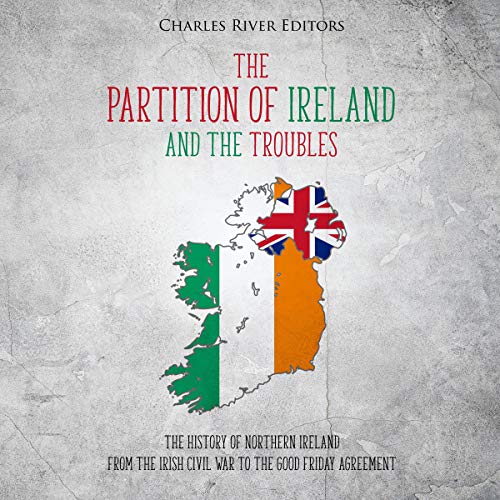 The Partition of Ireland and the Troubles: The History of Northern Ireland from the Irish Civil War to the Good Friday Agreement

What is it within this complicated relationship that has kept this strange duality of mutual love and hate at play? A rendition of “Danny Boy” has the power to reduce both Irishmen and Englishmen to tears, and yet they have torn at one another in a violent conflict that can be traced to the very dawn of their contact.

This history of the British Isles themselves is in part responsible. The fraternal difficulties of two neighbors so closely aligned, but so unequally endowed, can be blamed for much of the trouble. The imperialist tendencies of the English themselves, tendencies that created an empire that embodied the best and worst of humanity, alienated them from not only the Irish, but the Scots and Welsh too. However, the British also extended that colonial duality to other great societies of the world, India not least among them, without the same enduring suspicion and hostility. There is certainly something much more than the sum of its parts in this curious combination of love and loathing that characterizes the Anglo-Irish relationship.

The Partition of Ireland and the Troubles: The History of Northern Ireland from the Irish Civil War to the Good Friday Agreement analyzes the tumultuous events that marked the creation of Northern Ireland, and the conflicts fueled by the partition. Along with pictures of important people, places, and events, you will learn about Northern Ireland like never before.

Das sagen andere Hörer zu The Partition of Ireland and the Troubles: The History of Northern Ireland from the Irish Civil War to the Good Friday Agreement