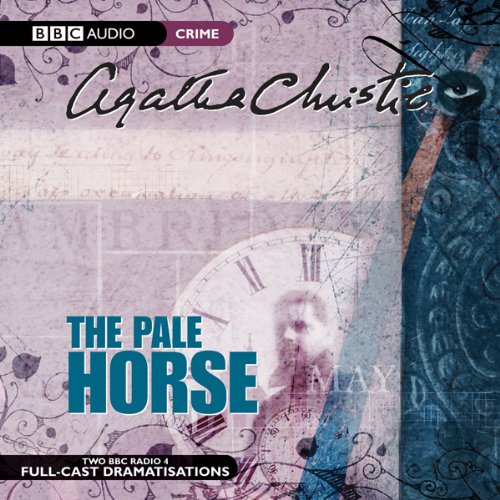 A BBC Radio full-cast dramatisation from the Queen of Crime.

Father Gorman is called to a dingy rooming house to see a woman who, before she dies, confesses a bizarre tale to him. Leaving the house he is followed but, in the fog, a fatal blow is struck. Nine names on a piece of paper found in the dead priest's shoe is recovered. The clue leads Mark Easterbrook, a historian, to The Pale Horse Inn, home of three women: a psychic, a medium and a witch.

With the help of his friend and esteemed author, Ariadne Oliver, can they unravel the strange occult mysteries and piece together the evidence?