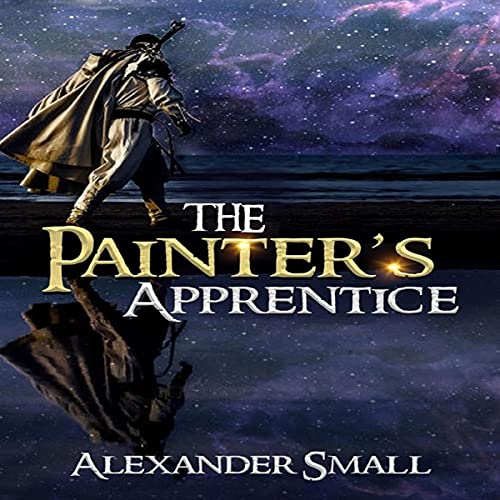 The pen is mightier than the sword. The brush beats both.

Imagine having the ability to paint any world you like...and then walk inside it.

With a moneygrubbing father and obnoxious mother, young Jack hasn’t had an easy childhood. But when he’s invited to compete in a painting contest hosted by the legendary Dante De Luca, his life becomes remarkable. With Dante’s mindboggling training, Jack learns to create sensational worlds, like a god.

After eight years of apprenticeship, tragedy strikes, and Jack is left plummeting toward an emotional abyss. To reunite with his beloved mentor, Dante, he must conquer a savage world ruled by the ruthless Archduke Oakenfol and his rebellious daughter, Annabelle.

A world brimming with backstabbing, blades, and teeth.

A world Jack may not survive.

A world he created.

The Painter's Apprentice is a riot of color, painted in love, hate, and blood. Suitable for listeners 12+.