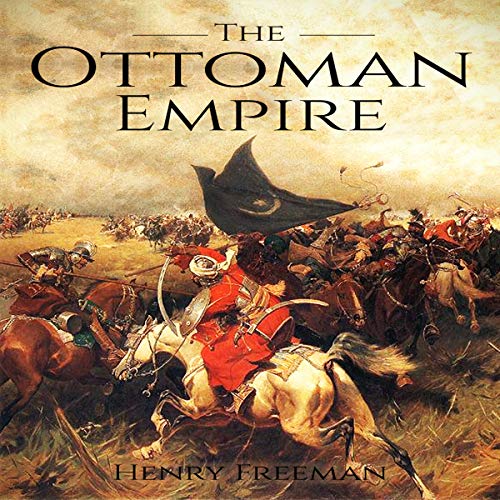 The Ottoman Empire: A History from Beginning to End

A startling reality burst Osman's dream of a sole enduring promise land. The pious, Sufi mystics, beys, emirs, and tribes on Anatolia's frontiers chased the Ottoman vision. Sultans would rise and build multicultural millets and stir the soul of caliphs. Drawn to the allure of the Orient Express, coffee, and velvet, the burst didn't happen over night. Merchants, nobility, and guilds of artisans built markets and trade routes. Risking their lives, Ottomans crossed the pirate-riddled Adriatic. Sultans and gazis embraced the crescent's rise.

Inside, you will hear about:

Western industrialization and the Enlightenment gripped hearts and minds as starry-eyed Ottoman astronomers and society embraced a Golden Age. Yet with any rise comes the reality that Sir Lawrence of Arabia and the Berlin-Baghdad Express alliances could only foreshadow. Designs on the lands turned the empire into the Eastern Question during World War I in a prelude to today's Middle East.