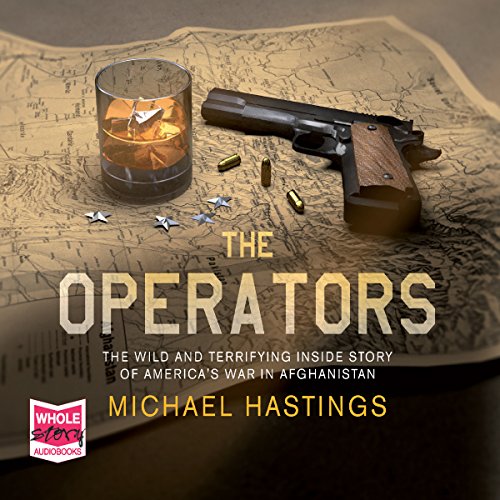 General Stanley McChrystal, commander of international and US forces in Afghanistan, was living large, with staff calling him a rock star.

Journalist Michael Hastings of Rolling Stone looked on as McChrystal and his staff let off steam, partying and openly bashing the Obama administration. When Hastings' piece appeared a few months later, it set off a political firestorm: McChrystal was ordered to Washington, where he was unceremoniously fired.

"An insightful look at how powerful some of the US's top generals really are, and also unwraps some of the chaos behind allied military command and the so-called 'war on terror'." ( The Sunday Business Post)
"Hastings offers a fiercely intelligent analysis of how the American military spun the war in Afghanistan." ( The Sunday Telegraph)