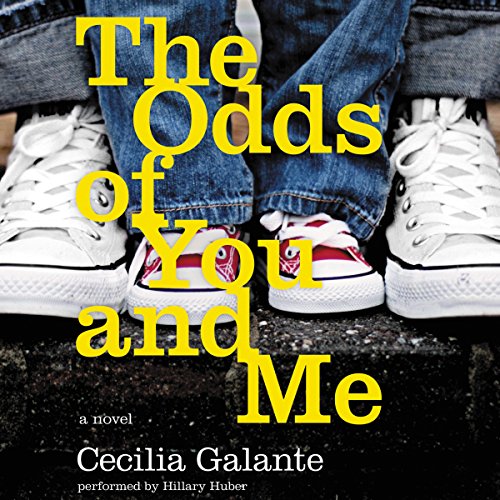 The Odds of You and Me

The Odds of You and Me

In the vein of Meg Donohue and Sarah Jio, Cecilia Galante's second novel delivers the powerful story of one young woman who's faced with an impossible choice - one that could have her making the biggest mistake of her life.

Thirteen days. That's all Bernadette "Bird" Sincavage has left to go until she's done with her probation and can be free again. Free from making payments to the supermarket she wrote bad checks to. Free from living at home with her overzealous mother, who's constantly nagging her about attending church again. Free to give her four-year-old son, Angus, the normal life he deserves. Her impending freedom and move to Moon Lake, where she's plunked down a deposit on a brand-new apartment, is so close she can almost taste it. What trouble could she possibly get into in just 13 days?

But trouble does follow in the form of James Rittenhouse - someone she worked with a few years ago. At first Bird is stunned to see James make the evening news when he's arrested for assaulting someone in a local bar. But that's nothing compared to the shock she gets when she discovers James hiding out in an abandoned church choir loft. Somehow he escaped police custody, broke his leg, and got his hand on a gun, which he's now pointing at her.

Although Bird doesn't tell anyone she saw James, there's no way she's helping him. She can't screw up her probation or her second chance for a new future. And she has her son's welfare to think about. Still. If only she could stop thinking about the terrified look in James' eyes and the fact that he's hurt. If only she could forget that once, long ago, James helped her out, and she owes him a debt like no other.

Will Bird jeopardize her future for someone who helped her out in the past? A past that holds secrets she's not quite sure she's ready to face? Or will she turn a blind eye and learn to live with the consequences?

Das sagen andere Hörer zu The Odds of You and Me