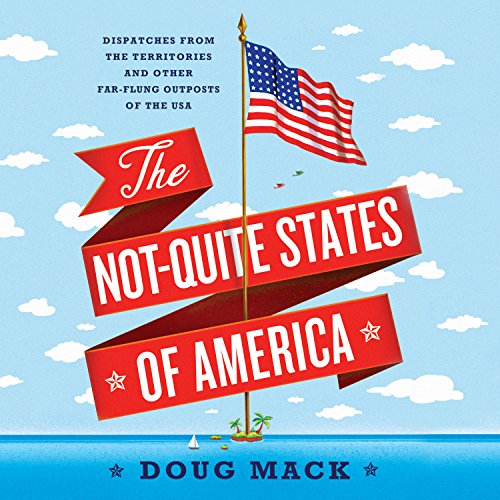 The Not-Quite States of America

Everyone knows that the United States of America is made up of 50 states and, uh...some other stuff. The territories of American Samoa, Guam, Puerto Rico, the Northern Mariana Islands, and the US Virgin Islands are often neglected, but they are filled with American flags and national parks and US post offices and some four million people, many of whom are as proudly red-white-and-blue as any Daughter of the American Revolution. In The Not-Quite States of America, Doug Mack ventures 31,000 miles across the globe and deep into American history to reveal the fascinating and forgotten story of how these places became part of the United States, what they're like today, and how they helped create the nation as we know it. Along the way Mack meets members of millennia-old indigenous groups, far-flung US government workers, ardent separatists, and tropical-paradise dropouts and dreamers in a quixotic and winning quest to find America where it is least expected.