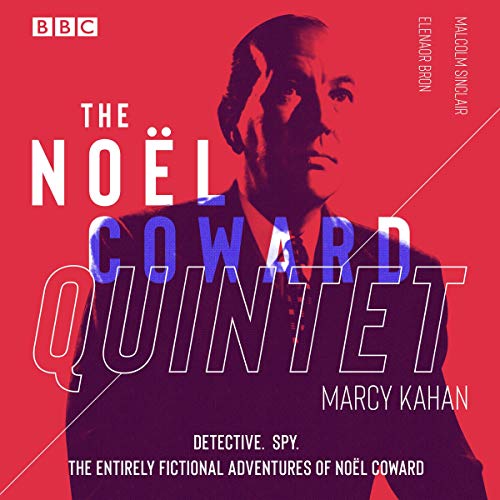 The Master turns sleuth and spy in this quintet of radio dramas.

Actor, playwright, songwriter, director, author and star – as far as we know, Noël Coward never added ‘detective’ or ‘undercover agent’ to his astonishing achievements. But could the intriguing gaps in his memoirs be hiding a thrilling secret life?

In this wry backstage whodunit set just before World War II, Coward must put aside the play he’s writing to track down a murderous psychopath in London’s West End.

This Second World War espionage adventure finds Coward in New York, where he turns secret agent and uses his talent to amuse to help Britain battle the Nazis.

A Bullet at Balmain’s

1948 and the celebrated playwright is in post-liberation Paris to take the lead role in his play Present Laughter. But the murder of a fashion-house mannequin provides a stylish distraction.

Death at the Desert Inn

1955. When $300,000 is left in a satchel in Noël Coward's Las Vegas suite, it’s the prelude to a baffling murder mystery, complete with Judy Garland, a showgirl, a Broadway agent, an unlikely croupier and a US Congressman.

Our Man in Jamaica

1961. Reconciled to being out of fashion, Noël Coward is determined to finish his first novel – until his neighbour Ian Fleming sets him a challenge: become a spy once more to help destabilise Fidel Castro....