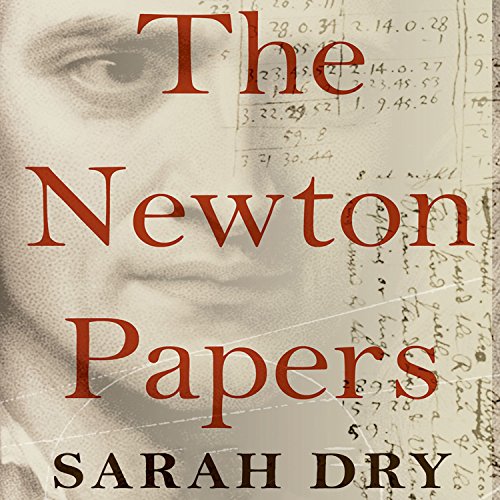 When Isaac Newton died in 1727 without a will, he left behind a wealth of papers that, when examined, gave his followers and his family a deep sense of unease. Some of what they contained was wildly heretical and alchemically obsessed, hinting at a Newton altogether stranger and less palatable than the one enshrined in Westminster Abbey as the paragon of English rationality. These manuscripts had the potential to undermine not merely Newton's reputation, but that of the scientific method he embodied. They were immediately suppressed as "unfit to be printed", and, aside from brief, troubling glimpses spread across centuries, the papers would remain hidden from sight for more than seven generations.

In The Newton Papers, Sarah Dry illuminates the tangled history of these private writings over the course of nearly 300 years, from the long span of Newton's own life into the present day. The writings, on subjects ranging from secret alchemical formulas to impassioned rejections of the Holy Trinity, would eventually come to light as they moved through the hands of relatives, collectors, and scholars. The story of their disappearance, dispersal, and rediscovery is populated by a diverse cast of characters who pursued and possessed the papers, from economist John Maynard Keynes to controversial Jewish Biblical scholar Abraham Yahuda.

Dry's captivating narrative moves between these varied personalities, depicting how, as they chased the image of Newton through the thickets of his various obsessions, these men became obsessed themselves with the allure of defining the "true" Newton. Dry skillfully accounts for the ways with which Newton's pursuers have approached his papers over centuries.

Ultimately, The Newton Papers shows how Newton has been made and re-made throughout history by those seeking to reconcile the cosmic contradictions of an extraordinarily complex man.