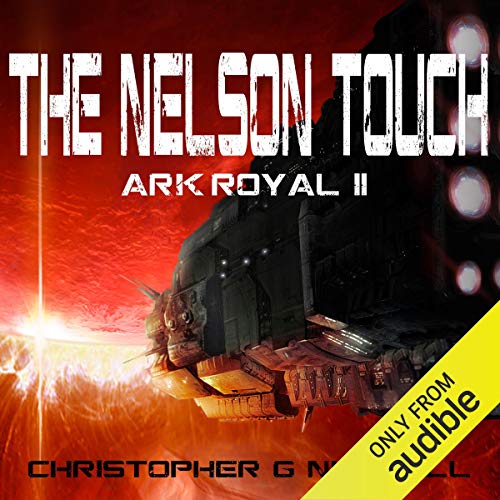 Ark Royal - the Royal Navy’s outdated space carrier - has won a smashing victory against the enigmatic aliens, capturing one of their starships and returning to Earth. Now, Admiral Theodore Smith and his crew are assigned to command a fleet charged with making a deep-penetration raid into alien territory, a fleet made up of carriers from four different nations. But with a crewman who isn't what he seems, untested pilots and international friction - and a new and dangerous alien plan - can Ted and his crew survive their mission...or will they die, alone and unremarked, hundreds of light years from home?