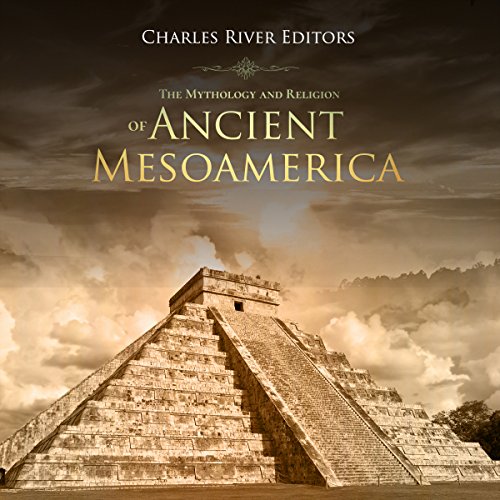 The Mythology and Religion of Ancient Mesoamerica

The Mythology and Religion of Ancient Mesoamerica

The Olmec people are widely recognized as the first major civilization of Mexico and are thus generally regarded as the mother civilization of Mesoamerica, making them the people from which all subsequent Mesoamerican cultures derived. In fact, the term Olmec is thought to have originated with the Aztec people, as Olmec in their Nahuatl language means “the rubber people”, a reference to the inhabitants of the land from which they accessed rubber. By and large, the Olmec culture is perhaps best identifiable by their so-called colossal heads, mammoth basalt head-statues wearing helmetlike headdresses found throughout Olmec habitation sites.

From a cultural standpoint, their pyramids, open plazas, their ballgame, and possibly even centers of human sacrifice are thought to have established the societal model that subsequent societies like the Maya, Zapotec, Teotihuacano, Toltec, Mixtec, and Aztec would emulate. In the same vein, some scholars believe they also affected the cultural development of the Native American groups of the US and those of Central and South America as well. Proving to be one the most enduring models ever, the religious and cultural structure the Olmec established held reign for more than 3,000 years, and it would likely have endured much longer without the arrival of the Spanish conquistadors.

Although the Maya mysteriously disappeared in the middle of the last millennium, their culture survived and was passed down among peoples in the region. As a result, the religion has also evolved, and the conflation of traditional Maya religious beliefs has largely involved a shift from animistic polytheism to quasi-monotheism with continuing aspects of animism. The onset of Catholic religious hegemony influenced all aspects of Maya society, including religious life, and in a move that is typically Mesoamerican, Maya practitioners included aspects into Maya religious practices. Ritual sacrifice continued long after the arrival of the Spanish, and colonized Maya incorporated crucifixion as a method of human sacrifice. Also, though the last recorded Maya human sacrifice occurred in 1868, animal sacrifice continues to this day, and some Maya continue to make ritual offerings of animals (usually chickens), food, and drinks at mountain or cave shrines.

While the Mayans are remembered for their astronomy, numeral system, and calendar, the Aztecs have primarily been remembered in a far narrower way, despite continuing to be a source of pride to Mexicans through the centuries. Even though the Aztecs continue to interest people across the world centuries after their demise, it has fallen on archaeologists and historians to try to determine the actual history, culture, and lives of the Aztecs from the beginning to the end, relying on excavations, primary accounts, and more.