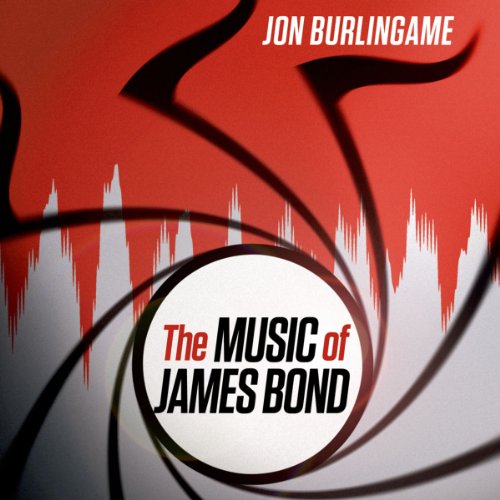 The Music of James Bond

The story of the music that accompanies the cinematic adventures of Ian Fleming's intrepid Agent 007 is one of surprising real-life drama. In The Music of James Bond, author Jon Burlingame throws open studio and courtroom doors alike to reveal the full and extraordinary history of the sounds of James Bond, spicing the story with a wealth of fascinating and previously undisclosed tales. Burlingame devotes a chapter to each Bond film, providing the backstory for the music (including a listener-friendly analysis of each score) from the last-minute creation of the now-famous "James Bond Theme" in Dr. No to John Barry's trend-setting early scores for such films as Goldfinger and Thunderball.

We learn how synthesizers, disco and modern electronica techniques played a role in subsequent scores, and how composer David Arnold reinvented the Bond sound for the 1990s and beyond. The audiobook brims with behind-the-scenes anecdotes. Burlingame examines the decades-long controversy over authorship of the Bond theme; how Frank Sinatra almost sang the title song for Moonraker; and how top artists like Shirley Bassey, Tom Jones, Paul McCartney, Carly Simon, Duran Duran, Gladys Knight, Tina Turner, and Madonna turned Bond songs into chart-topping hits.

The author shares the untold stories of how Eric Clapton played guitar for Licence to Kill but saw his work shelved, and how Amy Winehouse very nearly co-wrote and sang the theme for Quantum of Solace. New interviews with many Bond songwriters and composers, coupled with extensive research as well as fascinating and previously undiscovered details - temperamental artists, unexpected hits, and the convergence of great music and unforgettable imagery - make The Music of James Bond a must listen for 007 buffs and all popular music fans.

A must for film music and James Bond movie fans

If you are interested in film music, this is a must-read. All Bond movies, also the unofficial ones, are dealt with very extensively, up till Quantum of Solace. With a structure of one movie per chapter it also invites to keep the book close at hand when viewing a Bond movie. Especially the inserts that give the score highlights, by minutes into the film, are very helpful while watching. The book has a wealth of pictures, as well. It is amazing how much information Jon Burlingame was able to unearth, a real treasure-trove. The book merits a re-reading, as remembering all the fact in one reading is nigh on impossible.

This was my first encounter with Tom Parks and I didn’t like it very much. I am sure that his enthusiastic rendition can be a bonus for certain books, but it distracted me from the story