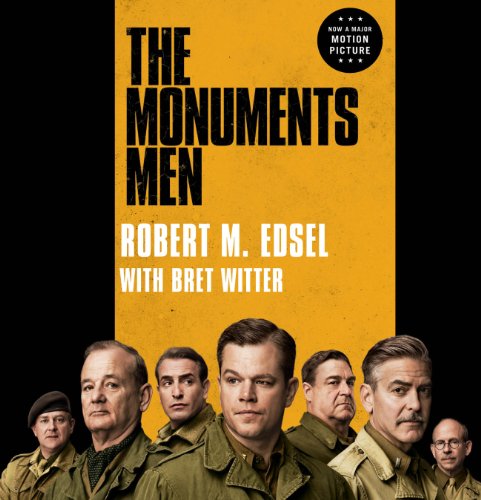 At the same time Adolf Hitler was attempting to take over the western world, his armies were methodically seeking and hoarding the finest art treasures in Europe. The Fuehrer had begun cataloging the art he planned to collect as well as the art he would destroy: "degenerate" works he despised.

In a race against time, behind enemy lines, often unarmed, a special force of American and British museum directors, curators, art historians, and others, called the Monuments Men, risked their lives scouring Europe to prevent the destruction of thousands of years of culture.

Focusing on the 11-month period between D-Day and V-E Day, this fascinating account follows six Monuments Men and their impossible mission to save the world's great art from the Nazis.

"The story is both engaging and inspiring." ( Publishers Weekly)
"[Narrator Jeremy Davidson] varies the pacing effectively, based on the nature of the text. He speeds up slightly during exciting action-filled sequences. He reads letters and documents with a flatter tone, making it easy for listeners to discern when the document stops and the author's words resume. He also gives a slight but not intrusive or cartoonish British accent to quotations by Britishers." ( AudioFile)

I'm not sure why I thought a book about art wouldn't involve so much detail about art, but there we go. Generally well-written and paced although there are repetitive sections which I found slightly odd in terms of construction of the narrative. All my praise goes to the narrator who did an outstanding job of subtly but clearly separating the narrative from quotes. His German pronunciation was also not too bad, something I'm normally very hard on!