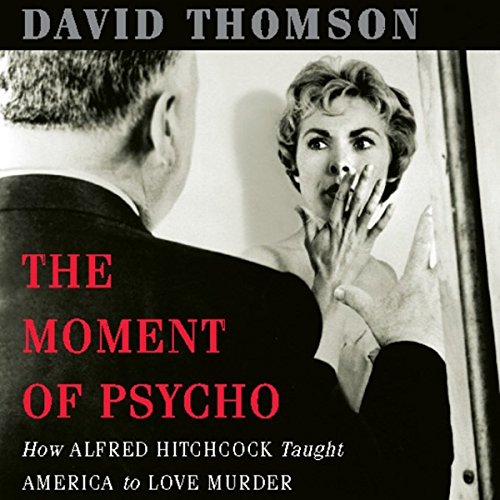 The Moment of 'Psycho'

It was made like a television movie, and completed in less than three months. It killed off its star in 40 minutes. There was no happy ending. And it offered the most violent scene to that date in American film, punctuated by shrieking strings that seared the national consciousness. Nothing like Psycho had existed before, and the movie industry, even America itself, would never be the same.

In The Moment of Psycho, film critic David Thomson situates Psycho in Alfred Hitchcock's career, recreating the mood and time when the seminal film erupted onto film screens worldwide. Thomson shows that Psycho was not just a sensation in film - it altered the very nature of our desires. Sex, violence, and horror took on new life. Psycho, all of a sudden, represented all America wanted from a film and, as Thomson brilliantly demonstrates, still does.

"Psycho's impact on the movies is undeniable, a key moment in Hitchcock's oeuvre that has had as lasting an impact as anything the great auteur ever directed. David Thomson's rereading of Psycho a half-century after its release shows us just how far we've come. And in some ways, how far we've fallen." (The Weekly Standard)
"[Thomson] makes a powerful — and sometimes surprising — case for the movie’s importance in film and cultural history. Building on the work of François Truffaut (who first helped establish Hitchcock’s reputation as an auteur) and the writings of the critic Robin Wood, Mr. Thomson does a deft job in this volume of reappraising Hitchcock’s work, even as he deconstructs “Psycho” and its complex cinematic legacy." (Michiko Kakutani, The New York Times)