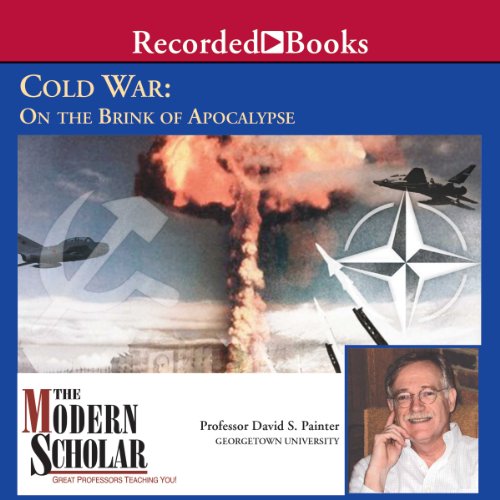 The Modern Scholar: Cold War: On the Brink of Apocalypse

The Modern Scholar: Cold War: On the Brink of Apocalypse

The devastating US atomic bombing of the Japanese cities of Hiroshima and Nagasaki not only brought World War II to an end, but effectively gave birth to the Cold War. The postwar world would thereafter be marked by the fragile relationship of two superpowers with opposing ideologies: the United States and the Soviet Union.

For 45 years, these two superpowers would vie for supremacy in world politics. The Cold War, defined by events such as the Cuban Missile Crisis, turmoil in the Third World, and the arms race, held the potential for an apocalyptic confrontation that could have spelled doom for the human race. Understanding the Cold War, with all of its far-reaching, global implications, is absolutely essential to our understanding of the history of the second half of the 20th century and beyond.