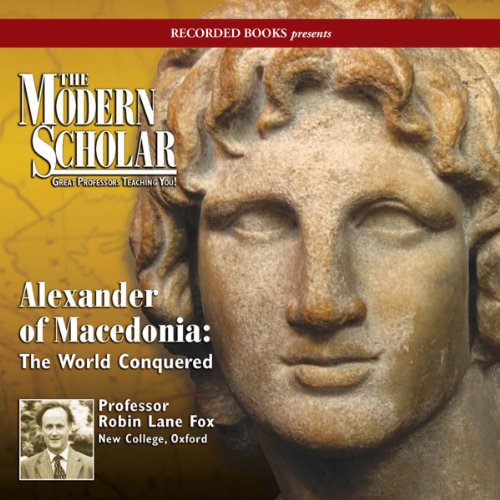 The Modern Scholar: Alexander of Macedonia

Alexander the Great is the most famous king and conqueror known in the ancient world. In his lifetime, he was given honors equal to those of the gods. After his death, he became a legend and the “Alexander Romance” became the best-selling fiction of the medieval world.

Esteemed Professor Robin Lane Fox has made the study of Alexander of Macedon the focus of his brilliant career. In these lectures, Professor Fox answers questions about Alexander that have percolated throughout history: Why did Alexander succeed? What was he like? How did he change the world and its history?