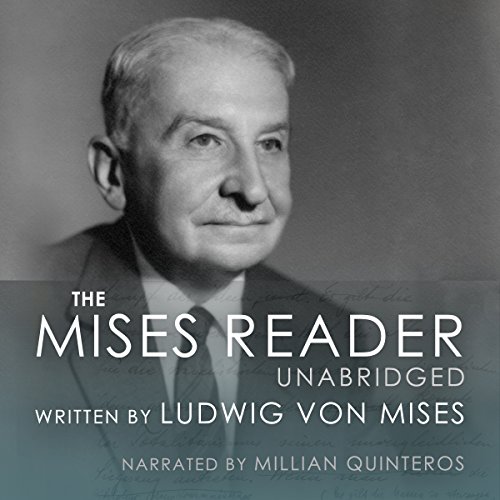 Ludwig von Mises truly was an intellectual giant among men. He was perhaps the greatest economist of the 20th century and a tireless advocate for political liberalism and laissez-faire. Human Action, his magnum opus, stands among the truly great works of social science. But his work, based on the study of human action, transcends both economics and social theory.

Mises's scholarship is more relevant than ever today. His clarity, wisdom, and brilliance are the product of a once-in-a-generation mind. Every intelligent person will benefit from introducing - or reacquainting - themselves with that mind through the curated writings contained in this volume. Mises is required reading for anyone who seeks to understand the critical questions of our time or any time.

Each generation must learn anew from their predecessors the virtues of private property and the consequences of statism. Those ready to dive into deeper Misesian waters are encouraged to pick up The Mises Reader Unabridged, which contains all the material in The Mises Reader plus plenty of additional material, primarily from his more scholarly works.

If you are interested in things economic, you can do no better than to turn to Ludwig von Mises.