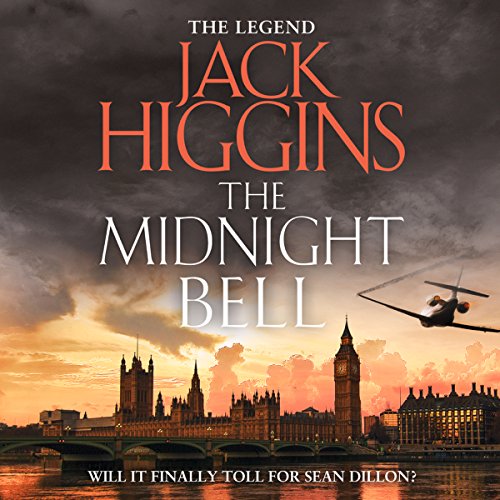 "The bell tolls at midnight as death requires it". But will it finally toll for Sean Dillon and company in the explosive new thriller of murder, terrorism and revenge from a Sunday Times best-selling author?

In Ulster, Northern Ireland, a petty criminal kills a woman in a drunken car crash. Her sons swear revenge.

In London, Sean Dillon and his colleagues in the 'Prime Minister's private army', fresh from defeating a deadly al-Qaeda operation, receive a warning: 'You may think you have weakened us, but you have only made us stronger'.

In Washington, DC, a special projects director with the CIA, frustrated at not getting permission from the president for his daring antiterrorism plan, decides to put it in motion anyway.

Soon the ripples from these events will meet and overlap, creating havoc in their wake. Desperate men will act, secrets will be revealed - and the midnight bell will toll.

"Open a Jack Higgins novel and you'll encounter a master craftsman at the peak of his powers...first-rate tales of intrigue, suspense and full-on action." ( Sunday Express)
"With fresh plots, interesting characters and vibrant settings, Jack Higgins has firmly cemented his reputation as one of the world's most successful thriller writers." ( The Strand Magazine)
"A thriller writer in a class of his own." ( Financial Times)