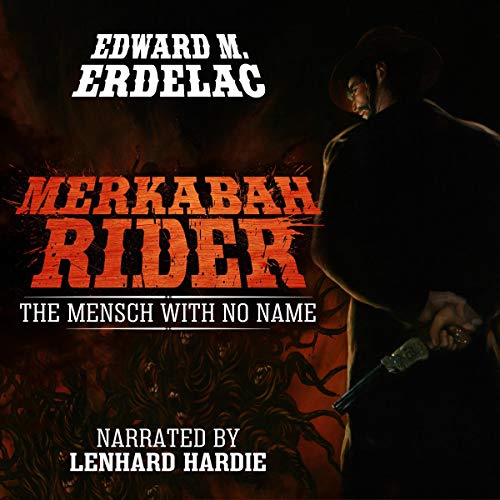 The Mensch with No Name

A Hasidic gunslinger tracks the renegade teacher who betrayed his mystic Jewish order of astral travelers to the Great Old Ones across the demon haunted American Southwest of 1880.

In the acclaimed second volume, four sequential novellas continue the weird career of The Merkabah Rider:

In The Infernal Napoleon, The Rider and a young traveling strongman rally a group of cowboys in a showdown with a gang of half-demon outlaws in a remote desert town.

In The Damned Dingus, The Rider is robbed of his mystic Volcanic pistol and teams up with the infamous Doc Holliday to track down the thief, but must contend with a strange, invisible menace.

In The Outlaw Gods, a group of Apache recruits The Rider to combat a 200 year old menace plaguing their tribe, and bring him face to face with the mind bending horror of The Great Old Ones.

Finally, at the edge of death, The Rider descends into Hell itself to confront the Adversary Lucifer and learn the full scope of his master Adon’s betrayal. But can there be any return from The Pandaemonium Ride?

Das sagen andere Hörer zu The Mensch with No Name