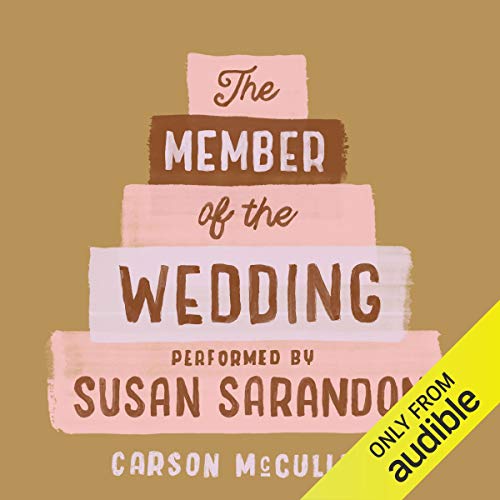 The Member of the Wedding

The best way to experience this classic of the American South is by joining five-time Academy Award nominee and Best Actress winner Susan Sarandon (Dead Man Walking, Thelma & Louise) as she guides the listener on a journey through the anguish of adolescence and isolation.

"Rarely has emotional turbulence been so delicately conveyed," said The New York Times of Carson McCullers' sensitive portrayal of Frankie Addams, a disconnected 12-year-old whose only friends are her family’s maid and a six-year-old cousin. Desperate to be part of something big, she takes an overlarge interest in her brother’s wedding and dreams of following the couple on their honeymoon to the Alaskan wilderness. But as Frankie crosses into adulthood, she experiences the fantasy-shattering disillusionment that must come with it. This is a story for anybody who’s ever felt like an outsider and a natural fit for Ms. Sarandon, a master at creating authentic, sympathetic characters.

"Sarandon uses her voice well to convey all the emotions of a troubled girl who is searching for a place to belong." (Audiofile)

Das sagen andere Hörer zu The Member of the Wedding