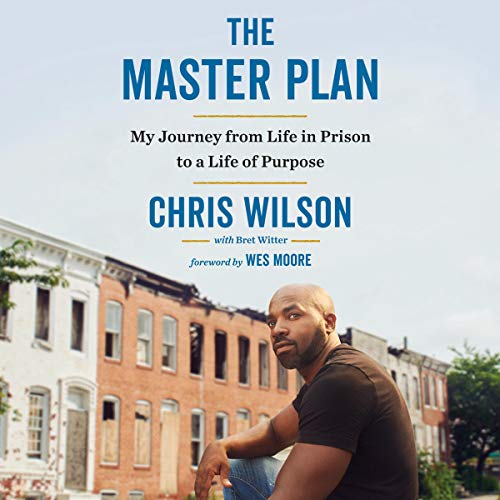 The inspiring, instructive, and ultimately triumphant memoir of a man who used hard work and a Master Plan to turn a life sentence into a second chance.

Growing up in a tough Washington, D.C., neighborhood, Chris Wilson was so afraid for his life he wouldn't leave the house without a gun. One night, defending himself, he killed a man. At 18, he was sentenced to life in prison with no hope of parole.

But what should have been the end of his story became the beginning. Deciding to make something of his life, Chris embarked on a journey of self-improvement - reading, working out, learning languages, even starting a business. He wrote his Master Plan: a list of all he expected to accomplish or acquire. He worked his plan every day for years, and in his mid-30s he did the impossible: he convinced a judge to reduce his sentence and became a free man. Today Chris is a successful social entrepreneur who employs returning citizens; a mentor; and a public speaker. He is the embodiment of second chances, and this is his unforgettable story.

“Uplifting... Wilson candidly shares the eye-opening details of his time in prison with a prose style that moves with directness and refreshingly unfettered honesty... A smoothly written memoir steeped in positive reinforcement and hope for the future.” (Kirkus Reviews)

It is an incredible and indescribable experience to read about the strength and courage of Chris Wilson. His understanding of society, personal relationships and mostly of what is so important in life is beyond compare and a very rare trait in today’s society despite extremely hard conditions and obstacles in his childhood placed in his path by authorities and people in power who still are enjoying way too much protection and support in a world where justice is being portrayed as these same peoples number one value and vertue.

Chris Wilson's story and personality teach the reader immensely important values and while his story conveys a message that has to be spread and heard in our world it also carries a strong and immediate appeal to change and reflect on ourselves, to ask ourselves what we want to achieve in life - an often neglected and overgone question that could save so many good people and kids from being turned into criminals by society and from becoming victims of a system created to carry and nourish racism.