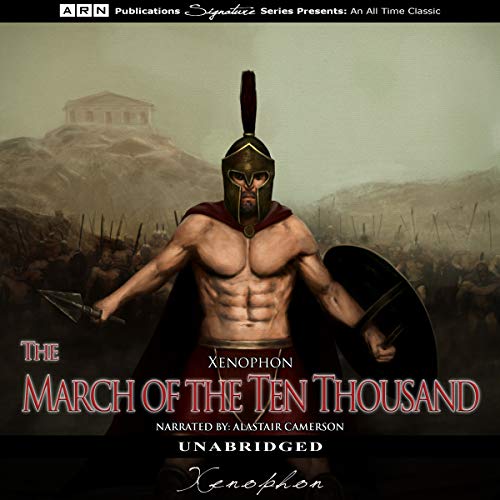 The March of the Ten Thousand

The March of the Ten Thousand by Xenophon is an account of the Greek mercenary armies formed by Cyrus the Younger in an attempt to overthrow his brother, Artaxerxes II, with the purpose of gaining control of the Persian Empire. Xenophon was one of the leaders of these mercenaries; his work The Anabasis retells the story of the march to the Battle of Cunaxa. Xenophon’s account details the march of ten thousand mercenaries inland as well as the battle that ensued. At the time, the campaign was thought to be a success, as only one of the mercenaries was wounded during the fighting. Unfortunately, the efforts of the mercenaries would prove to be for nothing. On their return to Greece, the Ten Thousand would discover that Cyrus had died during their absence.

Xenophon was a Greek philosopher, historian, mercenary, soldier, and student of Socrates. He is best known for recording the history of his time in such works as Hellenica.