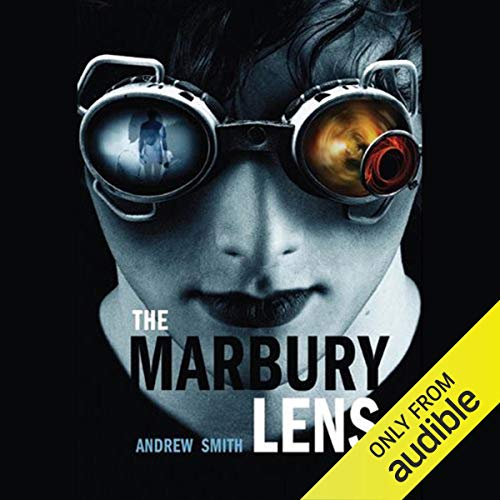 Sixteen-year-old Jack gets drunk and finds himself in the wrong place at the wrong time: he is kidnapped, but escapes, narrowly. The only person he tells is his best friend, Conner.

When Jack and Connor arrive in London as planned for their summer break, a stranger hands Jack a pair of glasses. Through the lenses, he sees another world called Marbury.

There is a war in Marbury, which is a desolate and murderous place where Jack is responsible for the survival of two younger boys. Conner is there, too. But he's trying to kill them.

Meanwhile, Jack is falling in love with an English girl and afraid he's losing his mind. Conner tells Jack that everything is going to be okay. But it's not....

Andrew Smith has written his most beautiful and personal novel yet, as he explores the nightmarish outer limits of what trauma can do to our bodies and our minds.