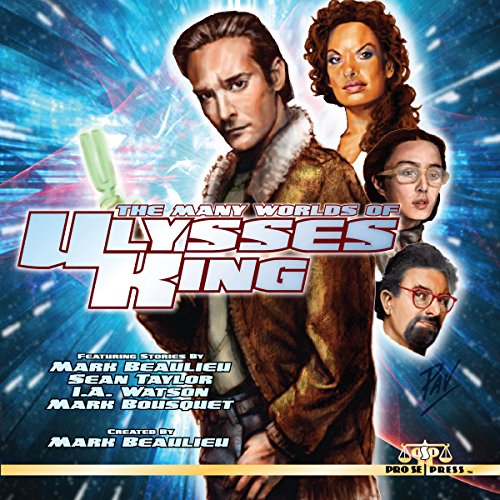 The Many Worlds of Ulysses King

Professor Ulysses King and his companions travel the foldspace between alternate realities to thwart nefarious history-twisting plots from his homeworld Olympus. With Amazonian arena-warrior Pandora, out-of-his-depth reporter Jake Gannon, marked-for-death scientist Crystal Lee, and worlds-spanning travel machine NotTA, King faces those who regard humanity as test subjects, cannon fodder, raw material, or mere entertainment. But there are dangers in foldspace of which neither King nor his enemies are yet aware - those who seek absolute control! In the tradition of Doctor Who and Sliders, The Many Worlds of Ulysses King collects the talents of Mark Beaulieu, Mark Bousquet, Sean Taylor, and IA Watson to forge a new mythology where high adventure, high science, and high strangeness meet. Ulysees King is on his voyages - and each discovery might be his last!