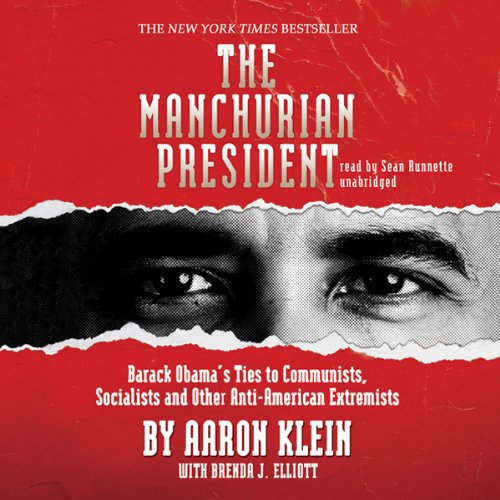 Tens of millions of Americans sense there is something very wrong with the president of the United States, but they don’t know what. The Manchurian President answers that question. In writing this exhaustively researched book, Aaron Klein, with Brenda J. Elliott, definitively exposes just how dangerous Barack Obama really is as America’s commander-in-chief.

Among the book’s chilling findings are Obama’s mysterious college years, shocking new details of his relationship with Bill Ayers and other Weatherman terrorists, his ties to Islam and black-liberation theology, startling facts about his eligibility to serve as president, his membership in a socialist party, radical socialist involvement in drafting the stimulus bill, the never-before-revealed depth of his relationship with ACORN, and more.

“Aaron Klein has unmasked the most radical—and therefore dangerous—president by far this country has ever seen. The radical forces that shaped Obama, as revealed in this telling investigation, were not the best of the radical sixties, but the very worst—the anti-American, communist-supporting, terrorist fringe." (David Horowitz)