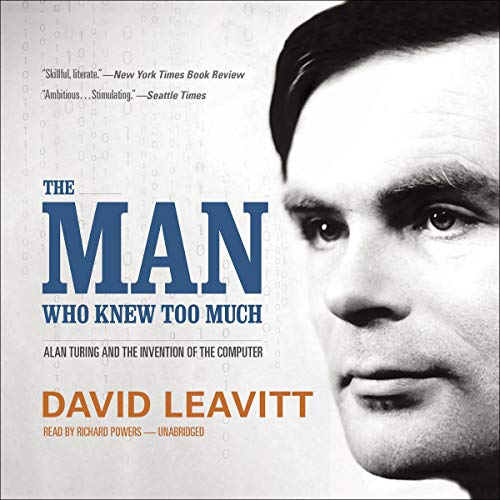 The Man Who Knew Too Much

The Man Who Knew Too Much

To solve one of the great mathematical problems of his day, Alan Turing proposed an imaginary computer. Then, attempting to break a Nazi code during World War II, he successfully designed and built one, thus ensuring the Allied victory. Turing became a champion of artificial intelligence, but his work was cut short. As an openly gay man at a time when homosexuality was illegal in England, he was convicted and forced to undergo a humiliating "treatment" that may have led to his suicide.

With a novelist's sensitivity, David Leavitt portrays Turing in all his humanity - his eccentricities, his brilliance, his fatal candor - and elegantly explains his work and its implications.

Das sagen andere Hörer zu The Man Who Knew Too Much