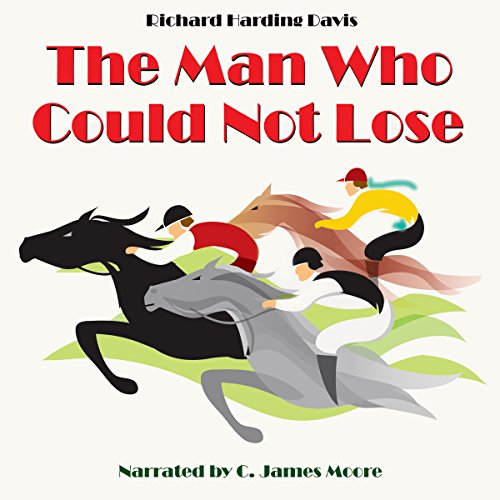 The Man Who Could Not Lose

A sweet, exciting, and somewhat supernatural story of Champneys "Champ" Carter and his devoted and headstrong wife, Dolly, who, in the early teens of the 20th century, discover Carter's uncanny knack for picking winning racehorses.

Carter, a struggling novelist, and Dolly, absent a family fortune due to her marriage to Champ, are making what they can with their very last dollars in a New York City apartment. He wishes nothing more than to make her happy, but finds himself unsuited for nearly every sort of real job except for his passion for writing.

Dolly, never faltering for a moment in her love for, and faith in Carter, even when their finances are in dire straits, supports his dream to publish...but how? Nearly penniless, and on the verge of desperation, Champ reveals to Dolly a dream he'd had about a horse named Dromedary, and how, in the dream, after so many failures to even place at the track, Dromedary pulled off a miracle and finally won.

With little to lose, Dolly and Champ head to the track with a perfectly-timed windfall of $100 from a publisher. With steep odds against Dromedary, Carter nonetheless places his bet - all their money - on the horse of his dream.

What follows is a fast-paced tale of happy luck, wondrous results, and nationwide notoriety for "The Man Who Could Not Lose."

It would be hard to overstate the value of Richard Harding Davis (April 18, 1864 - April 11, 1916) to the world of American journalism. Born in the closing years of the Civil War, Davis became the model for the American war correspondent, covering both the Boer War and the Spanish-American War with intimate accounts of the horrors of battle. He was one of the most respected news writers of his time, and a significant factor in the rise of President Theodore Roosevelt. "The Man Who Could Not Lose", written in 1911 and published in 1916, was one of Davis's last works of fiction.

Das sagen andere Hörer zu The Man Who Could Not Lose