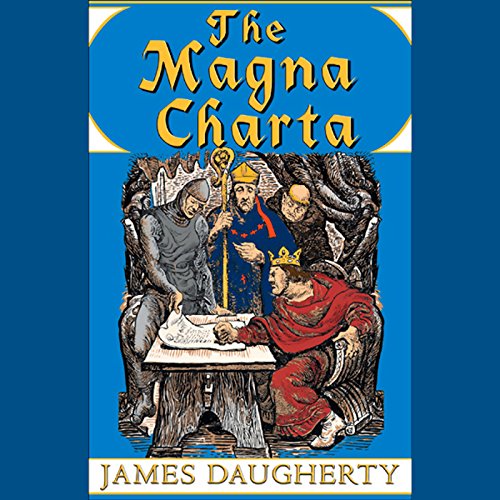 In the rich turbulence of English history, one day stands magnificently apart: June 15, 1215, the day of the signing of the Magna Charta. On this day, the first blow for English freedom was struck and forever affected the Western world.

Here is the story of three true men, Stephen Langton, Williams Marshall, and Hubert de Burgh, whose heroic deeds are set against those of the ever deceitful and crafty King John.

James Daugherty's narrative is divided into four parts, the first three describing the intriguing development of the Magna Charta itself. The fourth part is titled "Children of the Magna Charta" and subtitled "Milestones that have marked the long road from Magna Charta". In it he describes the rise of other movements that harkened back to the Magna Charta in their claims for freedom and self rule, including the Mayflower Compact, the Declaration of Independence, the Constitution of the United States, the covenant of the League of Nations, the Atlantic Charter, the Charter of the Organization of the American States, and the United Nations Charter.

Newbery Award-winning author James Daugherty gives us the dramatic and sweeping account of this pageantry of history through his inimitable style. This audio edition is sure to thrill and enlighten a new generation of readers.