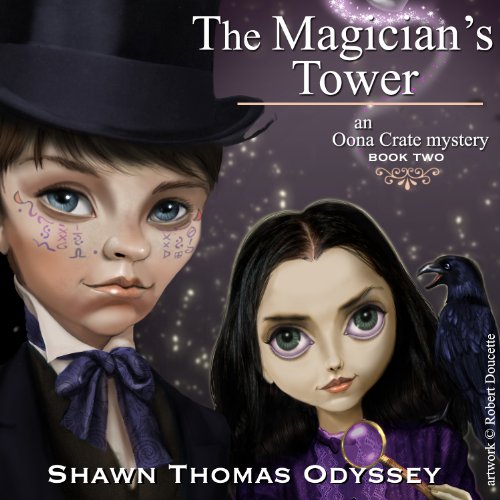 Despite her extraordinary magical abilities and sleuthing skills, Oona Crate's detective agency has failed to take off. But a new challenge captures her attention - The Magician's Tower Contest.

Held every five years, no one has ever completed the array of dangerous tasks (such as racing on flying carpets or defeating a horde of angry apes). As the competition commences, a case emerges. A rare punchbowl - one with unparalleled magical powers - has disappeared from the carnival surrounding the Magician's Tower. If Oona can find the culprit, she could use the bowl to answer her question about her mother's and sister's tragic deaths so many years ago - was she really at fault?

Full of magic, mystery, and fun, The Magician's Tower continues the wonderful adventures of Oona Crate.